The owner of a 13-year-old King Charles Cavalier has heaped praise on a Solihull vets after they brought his beloved “miracle” pooch back from the dead.

Casper was rushed to 608 Vet Practice’s out-of-hours service when his owner Shaun Jackson, and Shaun’s mum, Gloria, saw his health take a dramatic turn for the worse after he had been poorly for several days. 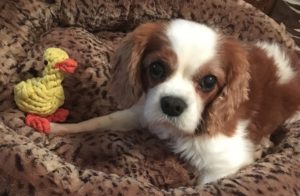 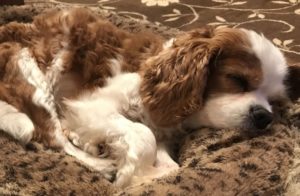 Clinical director Deborah Hope said: “I was just finishing for the day when I heard a lady scream, so a nurse and I ran to investigate to find Casper, limp and white, lying in Gloria’s arms.

“Myself and every available nurse, rushed him into theatre as fluid from his lungs flowed out of his nose, leaving a pool on the table.

“Fluid can accumulate in the lungs causing dogs to fight for breath but because Casper was unconscious, the fluid just ran out of him.

“Casper had stopped breathing and he was in heart failure.

“The nursing team immediately swung into action, gathering the equipment needed and helping with all the procedures. They were amazing and I couldn’t have done it without them.

“We started CPR and placed a tube into Casper’s airway so we could push air into his lungs. We also placed an intravenous catheter into a vein to give him fluids to support his blood circulation and give him drugs, all while continuing CPR. 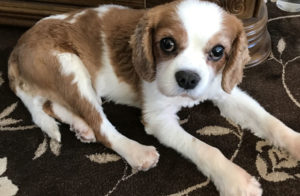 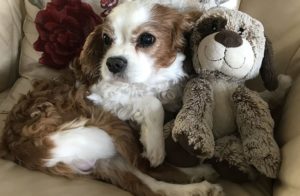 “Usually, if presented with a case like Casper, we would not expect him to regain his heartbeat or breathing, but we were attempting to save him because that is what we do.

“Suddenly, Casper’s heartbeat and breathing started again, then he regained consciousness – not just to the point of being awake, but actually responding to those around him. To see his cheeky little face suddenly looking up at all of us was quite an astonishing moment.

“For a short period, Casper was technically dead, and if we hadn’t acted immediately, or Shaun and Gloria had arrived just a couple of minutes later, then I don’t think we could have started his heart beat or breathing again.”
Shaun’s mum Gloria said: “After he collapsed and we realised he wasn’t breathing and his heart had stopped, Deborah told us he had gone, but she and her team just wouldn’t give up on him.

“She kept up the CPR and they put several tubes into him but we honestly felt that all hope was lost. Then suddenly, Deborah told us he had regained his heartbeat. Shaun and I just couldn’t believe it.

“It was still touch and go for quite a while after that, and for a few days we were told we could still lose him, but now our beautiful Casper is back with us and doing really well.”

Shaun added: “We just want to thank the wonderful Deborah and the superb team at 608 for giving us our miracle little boy back, and for the amazing aftercare they gave him.”

Deborah said because end stage congestive heart failure is common in cavaliers, 608 Vet Practice encourages new owners to use an “early warning system” which involves counting their breath rate over a minute from a young age, and reporting it to their vets if this changes.

This way, a vet can pick up on cases much earlier before they show more obvious signs. Clinical trials have shown that if early treatment is given, cavaliers can live much longer.